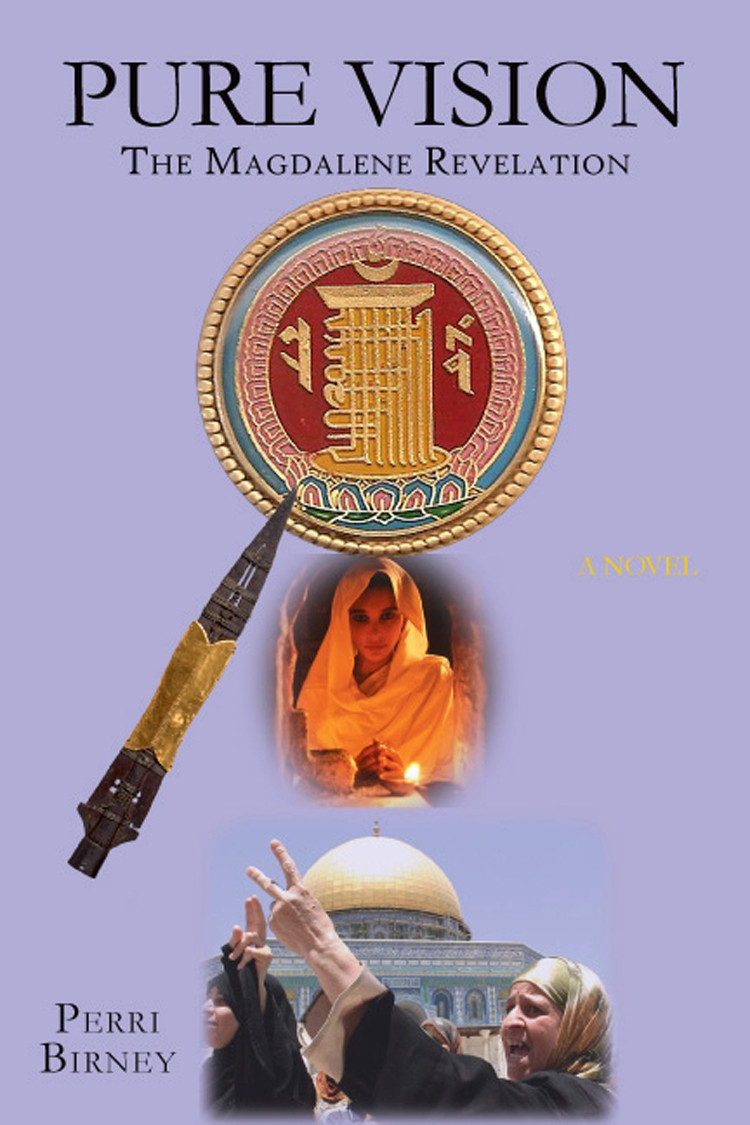 An ancient artifact is stolen . . . A long-lost document is found . . . A mysterious and dangerous journey unfolds . . .

New York Times reporter Maggie Seline writes an explosive book that offers a controversial solution to the Middle East crisis. When she uncovers a radical energy scheme that threatens the oil industry, Maggie suddenly vanishes. Her disappearance ignites a worldwide women’s march toward Jerusalem that rattles the status quo and parallels a frantic race to possess ancient talismans.

An upcoming peace conference hides the true motivation of Giovanni Mabus, outgoing president of the European Commission, who intends to exploit a powerful mythological connection between two legendary treasures. In league with the clandestine pseudo-Masonic group, Propaganda Due, he devises a plan aimed at furthering political and military chaos in the Middle East in order to accomplish his aims. Meanwhile, Maggie secretly teams up with Dead Sea Scrolls scholar Michael Sonada in a race to thwart the sinister plot — a race that takes them into the forbidden regions of Nepal to make an earth-shattering discovery.

PURE VISION forges ancient myths and contemporary challenges in this provocative and thrilling epic adventure. At every turn, Perri Birney’s intriguing scenario encourages a closer look at the spiritual forces that infuse the world’s political battles.

“Pure Vision is a novel of uncommon originality, carefully concealing an important revelation behind a veil of intrigue and engagement. It’s one of those rare novels that combines dynamic action with a profoundly important message.”

Available in all Amazon stores including:

“An explosive thriller that forges a blend of political intrigue, action, and spiritual myth.”

“A vivid and exciting story that is truly hard to put down.”

“A piece of pure inspiration, as well as moving, and thought-provoking.

“Empowering and at the same time humbling.”